skip to main | skip to sidebar


Our Raphy isn’t doing so well, sometimes he falls down when he is just walking across the room.  Mom says that we should be sweet to him because he can’t help it if he gets cranky.  Sometimes when I try to be nice and give him a little lick on the nose he just licks back as nice as can be but other times he growls and takes a little nip at my nose.  I don’t like it one bit but mom says that he can’t help it if he is in pain and crabby.  Sometimes Zeus, Isis and I get tired of it at the same time when Raphael is especially snippy and obnoxious; then all three of us try to put him in his place at once and all his little nips get reciprocated.  I feel bad when that happens because mom looks so sad and sometimes I even see tears in her eyes.

One day when we were all jumping on Raphael, to keep him from sitting on mom’s lap where we all wanted to be, mom told us a little story about a long time ago when she was a little girl. The 4th and the 5th grades were together and had the same teacher.  The teacher’s name was Mrs. Mc Rae and mom said that she just loved her, in fact she wanted to grow up and be a teacher just like her.  Mrs. McRae often had mom help other kids with their work after she was finished with hers; she told her that she thought she would be a wonderful teacher when she grew up.

One thing Mrs. McRae was quite strict about was being late to school.   Being tardy was especially  embarrassing since the door to the classroom opened right in front of the class; then to make matters worse, the coat room door opened at the side of the room so you had a second chance to feel humiliated when you walked out of the coatroom after hanging up your coat.  Mom said that she will never forget how much anguish she felt for the two little girls who walked into the class room late one cold winter day.  They looked like two slight waifs standing in front of the classroom, shivering from the cold, with nothing on but their mother’s old house dresses…no coats, each one clad in only a thin, worn dress.  The tense silence was broken by two loud whistles and then in chorus some of the boys yelled, TWO SMELLS FOR DUBELLS.  The two small girls stood there with their head slightly bowed as if in acknowledgement that they deserved this kind of treatment.  They sat in their desks shivering from the cold and all mom wanted to do was go over and give them her coat.  At least they were spared the humiliation of going into the coat room and then once again having to appear in front of the class.  At recess mom told each one of the boys what she thought of them, she asked them how they would like to be treated that way.  Then mom looked straight at me, Isis and Zeus; she asked us how we would like to be treated like that (no paws went up),  then she said that is how you are treating Raphael because he is different and can’t really defend himself.  Mom said that treating other people like we would like to be treated has great rewards; she said that she knew those boys would never be mean to the DuBells again, at least as long as she was any where close by.  We knew that was  meant for Raphy and our treatment of him. 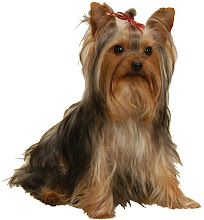 My name is Zena and I am known as Zena the Warrior Dog. All my dog and cat friends ask me why I am named Zena the Warrior Dog since I am a cute 5 lb Yorkie. The reason my mom nicknamed me that is because I am the feisty one in the family and I reminded her of Zena the Warrior Princess. I will forever be known as Zena the warrior dog and the best part is that I love living up to my name. You can see me at my modeling job at www.puppystairs.com and on my blog, zenathewarriordog at blogspot.com. I love making new friends so hope to hear from you.

Send your questions to Zena at askzena@gmail.com and Zena will use her psychic abilities to send you an answer. Please send a photo of yourself and your mom if possible.